When Maricela found herself sharing a desk with her five-year-old in their cramped rental home in Redwood City, she and her husband Jose knew it was time to make a change. With the pandemic sending everyone home to work and learn from a distance, they needed more space and fast.

The two set out to see what they could purchase in Redwood City. Maricela and Jose knew that even if they found something they loved, they would waste precious time jumping into frenzied bidding wars that would keep so much out of reach. There had to be a better way.

That’s when Maricela’s employer announced that her company was being acquired and moving to Austin, Texas. The CEO offered her the chance to relocate, citing a better quality of life and an improved cost of living. It was the first time Maricela and Jose seriously considered buying outside of the place they were born and raised. But ultimately, they both agreed that staying close to their extended families was important. So they decided to stay—with a caveat, “If we’re willing to go to Texas, why not be willing to look at the East Bay and beyond?”

With a new expanded plan, the two scoured the area for the perfect blend of location, space and amenities. Tracy was the closest city on the map and Tracy Hills hit the trifecta. Maricela and Jose went to see models the very next weekend and it was love at first sight.

“A dream come true,” said Maricela of the community’s wide-open spaces and homes to spread out in. When they walked into the suite in Topaz’s Residence 2 model, they both got the feeling instantly that this is where they were meant to be. 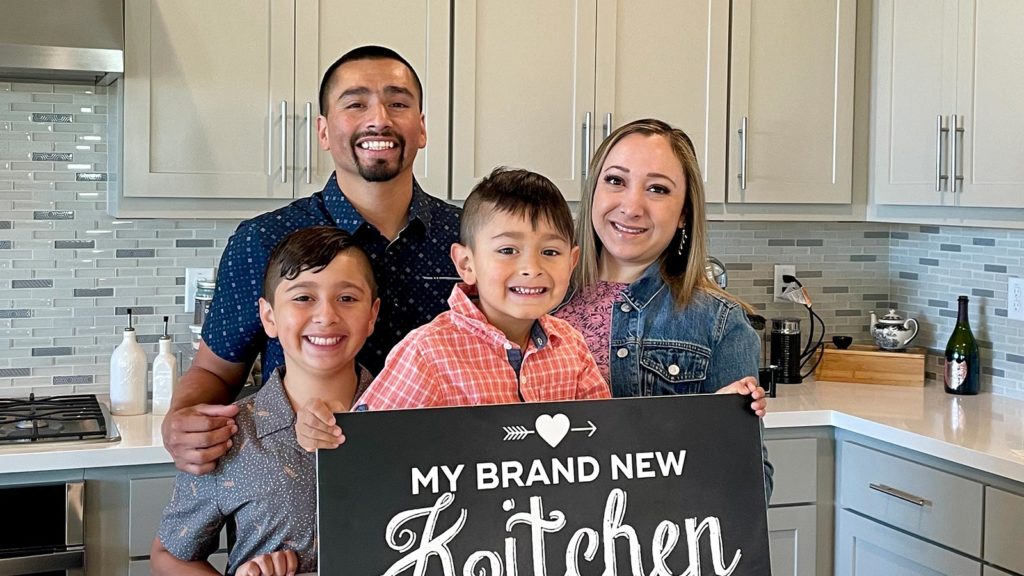 Now, Maricela has plenty of elbow room with a retreat in the master bedroom, where they’re putting her Peloton® and desk. The kids have big enough bedrooms to play and learn from home until they change schools in the fall. The good-sized backyard is Jose’s dream come true as an oasis for their family with plenty of room for their two dogs to play, a luxury they would have had to give up if they had stayed in the Bay Area.

And while they never thought they would leave Redwood City, they love that Tracy is full of new adventures, like hunting and jet skiing and exploring new regions together. They also now live an hour closer to their favorite vacation spot in South Lake Tahoe. Plus, with the neighborhood amenities like the parks, pool and clubhouse, they have more than they ever imagined possible in their first home purchase with the space they need while being close to their loved ones.

And the fantastic ice machine in the kitchen. Which they’re really excited about, “As silly as it sounds,” laughed Maricela.